Enterprising SDET With a Passion for Improving 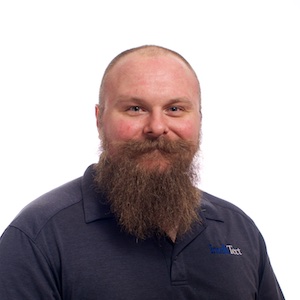 Mike Curn may not be our team member with the longest beard, but he’s been with IntelliTect a long time — six years this past July. With a background in 3-D Animation, this programmer enjoys asking the why behind a process, be it at work or in life, and if it doesn’t make sense, he strives to streamline it.

Since joining IntelliTect, Mike has assisted several IntelliTect clients in various industries. “When we put someone on a project, it’s not just that one person,” Mike said. “Yeah, they’re going to do the bulk of the work, but if they have a problem — when I have a problem — we can talk to Kelly, Kevin, or Grant, or we’ll talk to Mark or Phil. We’re not just abandoned at a spot like some other contracting companies. And we’re better for it.”

Currently, he divides his time between pair programming and CI/CD initia­tives at Verint and working on multiple projects for Avista Utilities. At Avista, he’s the technical lead of a parallel test team, assists a web team with writing automated UI testing, helps out with test management utilizing TFS and as­sists in developing DevOps initiatives.

During the six years Mike has been on the IntelliTect team, we have seen his technical expertise and leadership skills increase dramatically. In addition to leading entire teams in QA strategy, his vision recently expanded into strategic thinking about how IntelliTect can provide QA Architecture evaluation and consulting. Mike is incredibly easy to work with, has a can-do attitude and multiple customers explicitly seek his services.

When not busy with clients, Mike blogs for IntelliTect. Check out his recent blog about using the power of Chrome to verify existing browser sessions during testing with Selenium at IntelliTect.com/selenium-chrome-csharp/.

Over half of Mike’s core team at Avista is made up of IntelliTect team mem­bers. “I really like the people,” Mike said. “The people that I work with, not even on a day to day basis, but the people at IntelliTect, I’ve learned so much from them and they’ve been so helpful. They’re all-around great people that make this a place I want to continue to work at.” 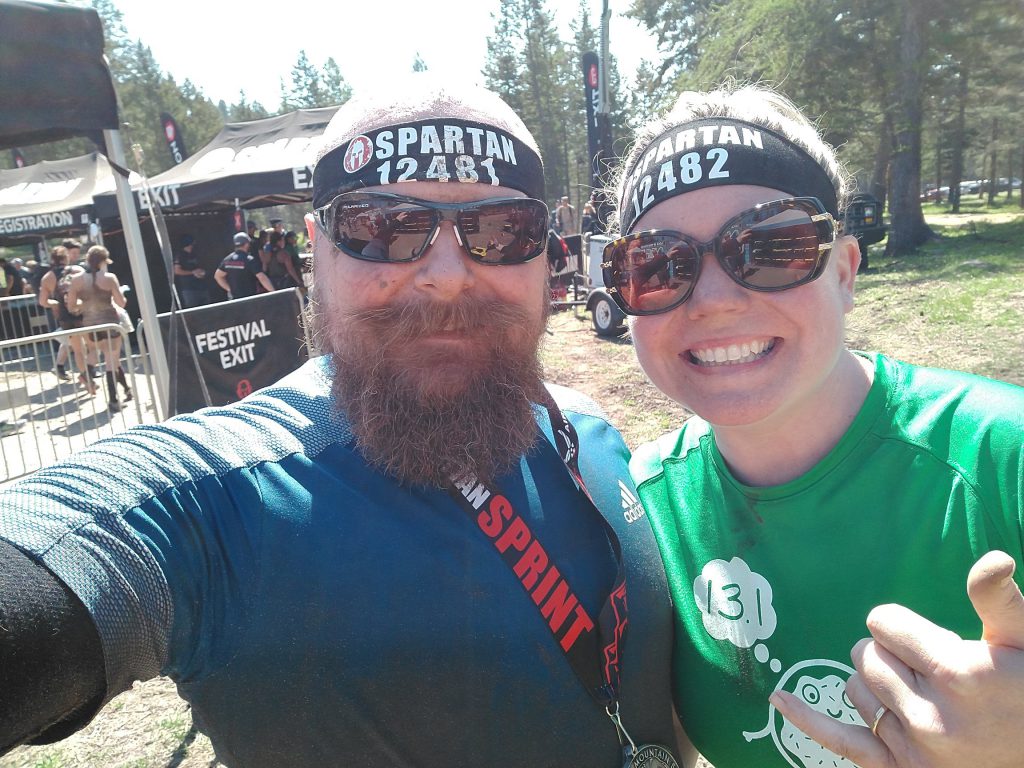 Mike and Anna-Marie take a selfie at the Spartan race in Bigfork, MT.

A passionate reader who needs to know the history of a tradition before he follows it, Mike proposed to his girlfriend, Anna-Marie, this past March 31st at München Haus in Leavenworth, Washington. Over pretzels, sausages and beer, Mike casually asked Anna- Marie if she wanted to “spend the rest of her life with him.” She laughed at his non-traditional proposal and waited to give him her official answer later in the day. They immediately called their families and friends who weren’t sure if the engagement was just an April Fool’s Day prank.

Most people assume Mike is a rough and tumble biker person due to his shaved head, beard and tattoos. While he does enjoy going to heavy metal concerts now and then, he also loves the symphony and watch­ing musicals. In July, Mike was able to catch the Les Misérables tour at Spokane’s First Interstate Center for the Arts. He hopes to snag Hamilton tickets when the tour comes through next year.

Mike is spending his summer biking, coding, playing with his three “high personality” dogs and planning his November wedding to Anna-Marie.

As for tomorrow’s adventure? Mike can’t wait for it. “I want to always learn more than I knew yesterday. Same as biking or hiking, I want to go somewhere I didn’t go before.”