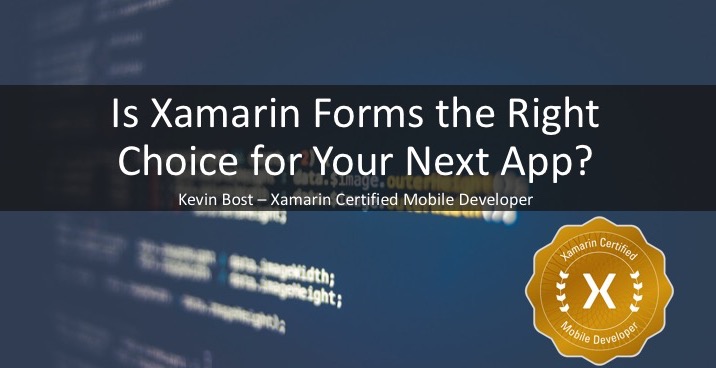 Video: Is Xamarin Forms the Right Choice for Your Next App?

“Xamarin Forms lets you take your code, write it once and share it on multiple platforms. You can still get the platform look and feel, you can still do custom stuff for each platform, but you can now share your code. In the apps that we’ve built with it, we can easily share upwords of 93 percent and more of the code that we’ve done. Those are just the last two apps IntelliTect has helped build – we’ve shared that much code across multiple platforms! Having to go through and rewrite that on each platform would have been a huge time sink. And on all of those, the app still feels like an android app or still feels like an IOS app because that’s what it should do.”

Want to follow along? Here’s the slide deck and the GitHub repo that Kevin used at the meet up.

Ask your questions in the comments!